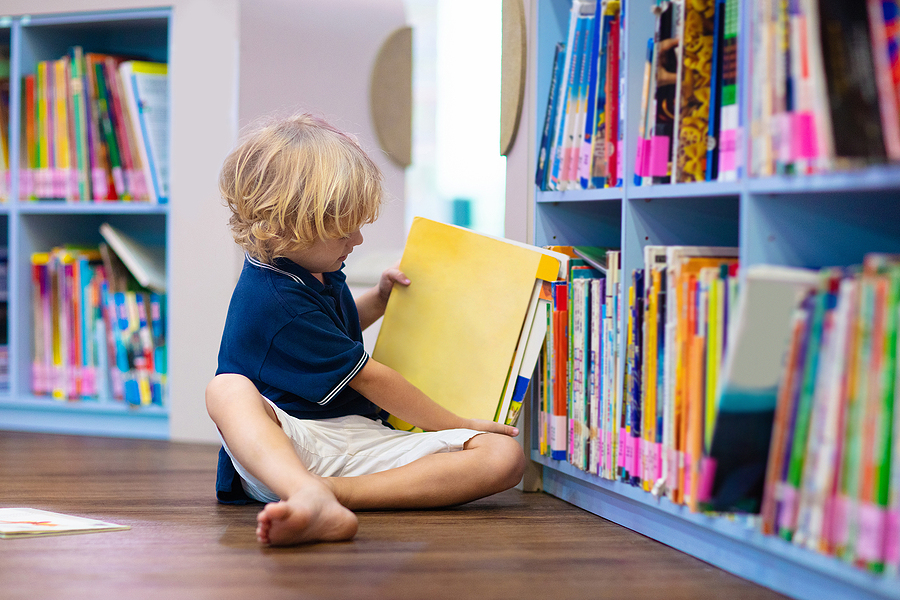 A school in Fenland, Cambridgeshire is now the proud owner of a bespoke library that will house more than 1,000 brand new books thanks to an initiative spearheaded by Waterstones Children’s Laureate Cressida Cowell MBE.

Peterborough Today reports that Cowell, author of How To Train Your Dragon, formally opened the library at Benwick Primary School on Thursday 24 June. The author teamed up with the school as part of a project to transform school libraries.

Headteacher Clare Talbot said the children have been blown away by the library that has come complete with new furniture and a dedicated piece of artwork created by Cowell to mark the project, which has seen six very different primary schools chosen to benefit.

The initiative aims to showcase the transformative impact that a well-funded primary school library can have on the opportunities for children alongside the vast inequality that children across England currently face.

The ‘Life-changing Libraries’ initiative aims to develop a culture of reading for pleasure and has the support of the Books Trust.

The headteacher said the school had been overwhelmed at being chosen to receive the bespoke library and hopes the gift of the new books will inspire children to enjoy reading.

She said: “We have every kind of book imaginable, we have board books for preschool all the way up to a huge collection of poetry as well as all the major titles - there is every book a child could possibly want.

“The project aims to promote reading for enjoyment. The challenge is to get every child reading and start their journey into reading which is the gateway into so many other things in life.”

Cowell has also called on the Prime Minister to help reverse the spiralling inequality in education by putting primary school libraries at the heart of the long-term response to the pandemic with a ring-fenced, yearly investment of £100 million.

If you’re looking for educational furniture, then visit our website today. 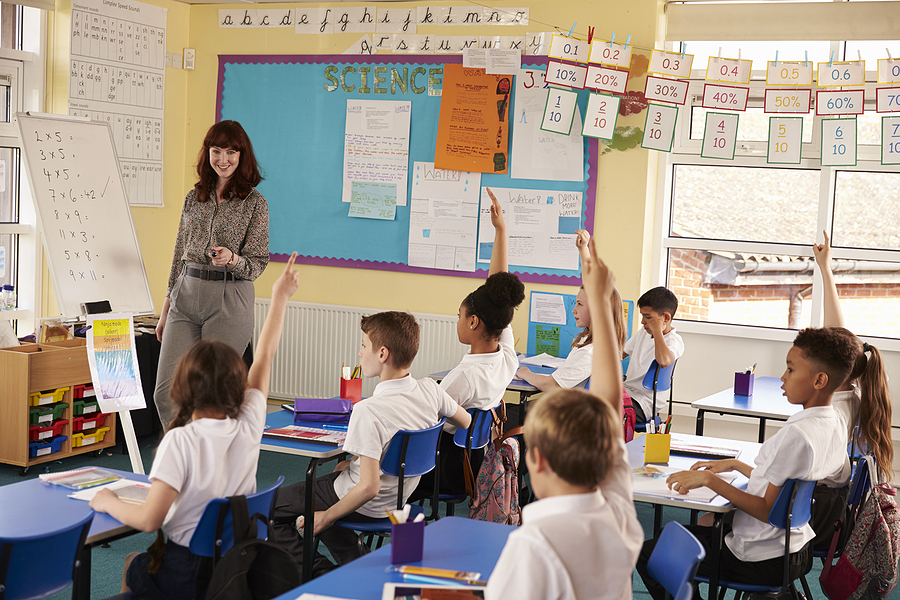 A new parliamentary report has said the system has failed white pupils from poor backgrounds, highlighting the stark levels of underachievement in this demographic.

It added that this trend will need specific targeting by policymakers to reverse the poor performance of “this long-forgotten disadvantaged group”.

Among the findings were that, in 2019, only 18 per cent of white pupils on free school meals achieved Grade 5 in English and Maths, compared with 23 per cent of children of all groups combined who were on free meals.

The university figures were worse, with just 16 per cent of white children on free meals getting into higher education, half the number of black Caribbean pupils.

Committee chair Robert Halfon MP said: “For decades now white working-class pupils have been let down and neglected by an education system that condemns them to falling behind their peers every step of the way.”

He added that the problem has not been addressed yet due to “muddled thinking from all governments and a lack of attention and care to help these disadvantaged white pupils in towns across our country”.

Arguing that the report shows these issues can “no longer be swept under the carpet”, he said the findings show nobody can “lazily” say that poverty is the only factor at play, “given that we know free school meal eligible pupils from other ethnic groups consistently out-perform their white British peers”.

However, the report saw a major split down party lines over the use of the term ‘white privilege’. Commonly deployed by proponents of critical race theory, it make assumptions that white people have inherent advantages over people of minority ethnic groups, a view the report said was divisive and also an impediment to action to tackle the real disadvantages working class white pupils face.

While Mr Halfon and other Conservatives on the committee backed this view and called for government funding to be withheld from organisations using the term ‘white privilege’, Labour members claimed this was a “culture war” move aimed at shoring up Conservative support among white working class voters in former ‘red wall’ seats that have switched allegiance.

Instead, Labour members argued, the real problems were caused by “lack of investment” in schools and communities by Conservative governments.

However, the report also focused on other underlying causes of poor white pupil underachievement. These included generational issues of parents with poor achievement and levels of educational understanding themselves, a lack of jobs and a shortage of community assets such as public facilities and transport.

Aside from questions about how racial disparities are discussed, the report suggested family hubs to get parents more involved in teaching their children, using the pupil premium to direct more support, and increased vocational education.

The concept of ‘white privilege’ was first devised by American academic Peggy McIntosh in 1988, who argued there were numerous advantages she enjoyed as a direct result of her skin colour.

Her ideas have been backed by many racial justice campaigners, but critics have argued the concept is flawed, regarding the notion as oversimplified and inaccurate.

If you are looking for educational furniture, contact us today

Plans to improve access to Skipton Railway Station in North Yorkshire have taken a step closer to going ahead, after more funding was promised. The Craven Herald reports that the £7.8m scheme aims to encourage commuters to walk and cycle to the station, rather than drive.

The plans are part of £31m of proposals to transform access to three North Yorkshire towns, also including Harrogate and Selby. In Skipton, high-quality walking and cycling routes will be created to boost connectivity between the bus and railway stations and the town centre. Existing provisions along Broughton Road will be upgraded, alongside the canal footpath.

The bulk of the funding will come from the Government’s Transforming Cities Fund, which was set up in 2018 with a total of £2.45bn. Its purpose was to improve transport infrastructure in English urban regions, tackle air pollution by encouraging alternative modes of transport, and generate jobs and economic growth.

A further £934,000 of funding was agreed at a recent meeting of West Yorkshire Combined Authority to take the Skipton Railway proposals to the stage of a full business case.

A submitted report said that Skipton was the second busiest rail station in North Yorkshire with 1.2 million passenger journeys each year, but the facility was currently hostile to foot and cycle traffic.

The report stated: “The proposed scheme will transform Skipton Rail Station into a multi-modal, sustainable travel hub improving the town and district’s connectivity with Leeds, Bradford and the wider Leeds City Region.”

“The small, compact nature of Skipton and the location of future developments demonstrate the scheme’s potential to encourage behaviour change and stimulate a shift from car to walking, cycling, rail, and bus.”

For footpath surfacing in Yorkshire, please get in touch today. 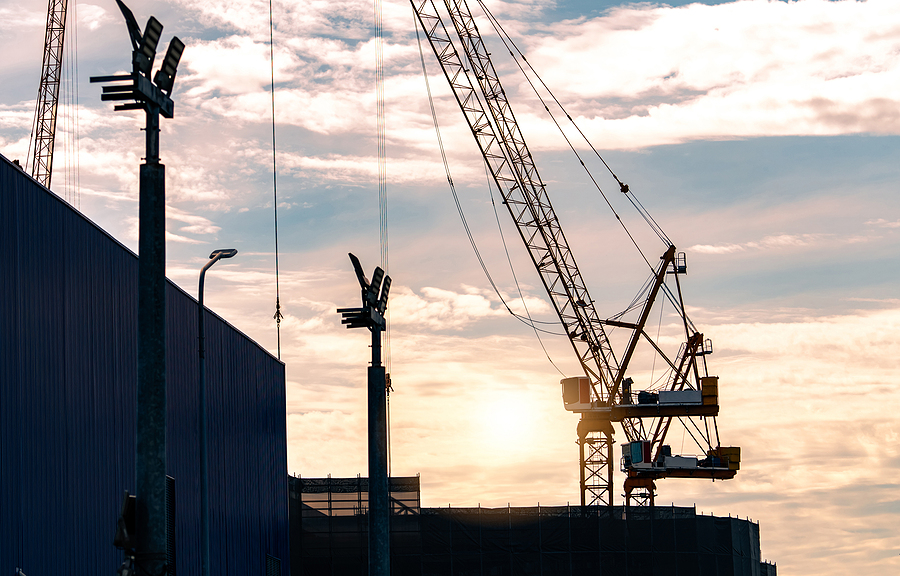 How Cranes Led To The Invention Of Modern Construction

The crane is one of the most important inventions in the history of construction as it allows us to build higher and lift more than we could through manpower alone, and have given us the ability to create monuments and buildings that reach the clouds.

As well as this, however, it led to a dramatic transformation in how construction was undertaken and a move away from gigantic groups of workers towards a smaller group of skilled contractors.

In a world before crane hire and where relatively small groups of skilled contractors would take advantage of advanced technology, construction looked very different.

Most of the secrets of ancient construction and our earliest buildings have been lost to time, not helped by the fact that Neolithic structures tended to be tents and other simple structures that leave no trace and therefore no clue of how they were made.

Larger structures such as megaliths and tombs were not so much constructed but instead quarried and hollowed out of naturally existing stone or were simple structures made of huge pieces of stone arranged into place.

This would, in combination with the development of mud bricks (in Ancient Mesopotamia) and adobe and stonework (in Ancient Egypt) lead to the construction of ever more ambitious structures.

The pyramid, for example, was constructed without using wheels, pulleys or cranes, leading to wide speculation as to how exactly the gigantic blocks used in the pyramids were constructed, although one suggested method involved huge numbers of people, ramps and wet sand.

Whilst Mesopotamia and Egypt had used cranes as part of water irrigation, the first cranes used for lifting ever-heavier loads were developed around 515BC.

Early cranes used chains and lifting tongs to heave stone blocks, and evidence of this usage has been found in Ancient Greek temples around this time.

There has been some speculation as to the exact use of the cranes, whether it took the form of one large crane above the block, or in pairs, but regardless of this they point to the earliest known use of cranes in construction.

The winch and pulley were developed around 480BC, as they are referenced in accounts of the Persian Wars and by the philosopher Aristotle as a common part of architecture by 322 BC.

This new lifting technique allowed for weights to be lifted by much fewer people but also changed what kinds of construction materials were used.

Unlike Ancient Egypt, with ever bigger stones being used, smaller stones were used, including in the construction of columns.

Part of the reason for this is due to societal changes. Assyria and Egypt were huge singular entities with a single leader that would gather huge numbers of unskilled labourers to move vast quantities of material.

Ancient Greece, especially in its earliest days was exceedingly volatile, so hiring a small team of construction contractors was far more feasible and preferred in Greek cities.

This principle was evolved by the Roman Empire into the treadwheel crane, a system that largely remained until the Industrial Revolution and the first water-powered hydraulic cranes in the 19th century.